Discover this legendary estate's history, and learn more about its twenty five thousand artifacts, before seeing it in person.

Hearst Castle's history begins in 1865, when George Hearst purchased 40,000 acres of ranchland. After his mother's death in 1919, William Randolph Hearst inherited thousands of acres around San Simeon, and over time, he purchased more. The spread eventually encompassed about 250,000 acres. With architect, Julia Morgan , Hearst conceived a retreat he called La Cuesta Encantada—Spanish for “Enchanted Hill.” By 1947, when Hearst had to leave the remote location because of his fragile health, the estate was still unfinished even though it comprised 165 rooms and 123 acres of gardens, terraces, pools and walkways—all built to Hearst's specifications and showcasing a legendary art collection.

Before you walk through Hearst Castle's larger-than-life rooms, and explore its grandeur while on a tour, learn more about the history behind some of its most notable and storied rooms, gardens and pools.

The Gardens of Hearst Castle

Discover the lush, serene gardens that were planned and developed as carefully as other parts of the Castle were by Hearst and Morgan.

Hearst Castle would never have been possible without the vision of William Randolph Hearst and master architect Julia Morgan. Read more about who they were, in addition to others who played a pivotal role in bringing this legendary estate to life.

Read about the people behind Hearst Castle

This great museum is filled with Egyptian, Greek, and Roman antiquities – along with Old Master European paintings, sculptures, and decorative art; Chinese and Near Eastern art; and about thirty historic carved and painted ceilings from Renaissance Italy and Spain. Dozens of Art Deco items round out this astonishing collection.

Once an estate for a newspaper magnate, Hearst Castle is now a historic house museum and a California State Park. See who's behind the ongoing restoration and preservation efforts for this legendary mansion, and discover how you can help protect it, too.

Hearst's private collection of art can be seen throughout the castle's breathtaking interior and grounds.

La Cuesta Encantada wasn't just William Randolph Hearst's beloved hilltop retreat. It was also a living museum that showcased his superb European and Mediterranean Hearst Castle art collection, which can still be seen today occupying almost every inch of this historic California castle. Browse through selected works below, before visiting the Castle to see the museum-worthy works for yourself:

From the legendary media genius who first dreamed of building a magnificent residence to crown his 250,000 acres of undeveloped ranch, and to the skilled and masterful architect who supervised nearly every aspect of construction for more than 28 years, discover the historic people who played pivotal roles in Hearst Castle history.

William Randolph Hearst, the man who conceived Hearst Castle, was a media genius whose influence extended to publishing, politics, Hollywood, the art world and everyday American life. His power and vision allowed him to pursue one of the most ambitious architectural endeavors in American history, the result of which can be seen in magnificent grounds and structures of Hearst Castle. Mr. Hearst was born on April 29, 1863, in San Francisco, California, as the only child […]

Reserve tickets online up to 56 days in advance to tour Hearst Castle, a museum unlike any other in the USA — and one that's not to be missed.

From experiencing what life was like as a guest of W. R. Hearst to exploring his personal collection of rare and ancient works of art , encounter the majesty and beauty of this historical treasure first-hand with a guided Hearst Castle tour. We also offer accessibly designed tours for visitors.

The Neptune Pool is currently empty due to restoration work in progress.

About The Hearst Castle Theater

The Hearst Castle Theater at the Hearst Castle Visitor Center is a five-story screen theater showing the resident film “Hearst Castle – Building the Dream.” This is the companion film to daytime Castle Tours and is included in the ticket price.

Although the film is not included with the Evening Tour , visitors who wish to attend a movie can do so at a special discounted price of $6 per adult and $4 per child (ages 5-12.)

“Hearst Castle – Building the Dream” is a movie that was produced exclusively for the Hearst Castle Theater. Breathtaking original cinematography combined with vintage clips and stills from the 1920s and 30s allows the construction and history of the Castle to come to life on a five-story screen.

This original 40-minute movie is screened every 45 minutes starting at 8:15 am. The last show of the day is usually at 5:15 pm, but movies may be scheduled later to support the seasonal changes of the scheduled daytime tours. Please contact the Theater at (805) 927-6811 for the later show times.

Purchasing Tickets Without a Tour

For visitors not going on tour, tickets for the film may be purchased separately for the price of $10 per adult and $8 per child (ages 5-12.) Discounts are available for groups of 12 or more people.

At various times of the year, the Theater may also host additional educational and entertainment special events. Check with the Theater or monitor local news media for information about these events.

The lobby of Hearst Castle Theater is home to an impressive display of 17th century tapestries from the Hearst collection. Plan on some extra time to enjoy these artifacts at your leisure during your visit at the Visitor Center. 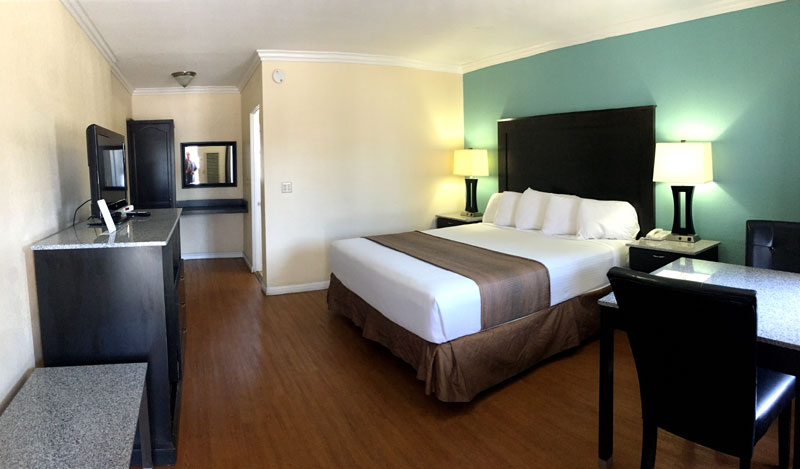 Book Direct and save anytime